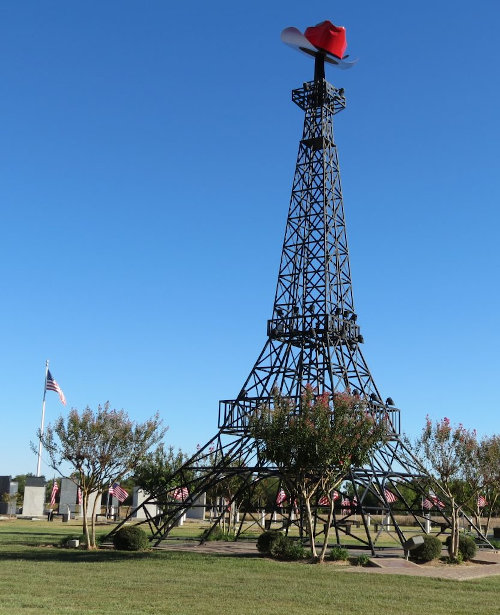 Texas’s Eiffel Tower is a landmark in the city of Paris, Texas. The tower was constructed in 1993. It is a model of the Eiffel Tower in Paris, France

This replica was built in 1993, the same year as another one in the United States, the Eiffel Tower in Paris, Tennessee. Original plans made the construction five feet taller than the one in Tennessee and a cowboy hat added to the top, in a competitive spirit, made the total height 65 feet.

It was built by members of the local welders’ union and is less than one tenth the height of the 1,063-foot original. A shiny red cowboy hat was added to the top of the spindle in 1998. The tower has 27 thirty-watt LED lights which are programmed by color according to season (red and green at Christmas), and used by announcements by expectant couples revealing the sex of their babies, pink (for girls) or blue (for boys).

In the Center of the Square. A gift to the city by Paris businessman/ philanthropist J. J. Culbertson, this Italian marble fountain was meant to commemorate the city’s rebirth after the 1916 fire that destroyed most of the city. Designed by St. Louis architect J. L. Wees, it is said that it was inspired by fountains the Culbertson family had seen while in Italy. The fountain took three years to assemble (1924-1927). 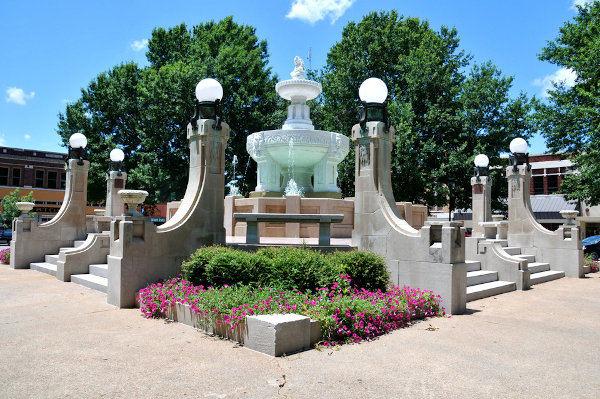 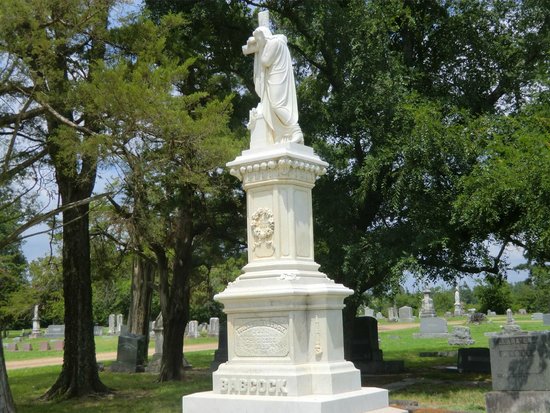 The 1866 Evergreen Cemetery contains approximately 18,000 graves and features carved headstones, including a 12-foot-tall statue of Jesus in cowboy boots. It is said that the sculptor did not know how to sculpt sandals, so he went with boots instead.

Approximately 40,000 graves in Evergreen Cemetery, and the headstone of a small-town furniture maker gets all the attention. Word of mouth brings people from near and far just to find the grave they’ve heard so much about. They don’t know who’s buried there, they just know what’s supposed to be standing over him. They want to know if the rumors are true. They want to see the Jesus in the cowboy boots.

John S. Chisum [1824-1884] was a Texas and New Mexico cattle baron. He was born in Paris, Texas and was known for his participation in the Lincoln County War in New Mexico and his friendship with Billy the Kid. A noted Texas historical figure, he is often confused with the famous Texas cattleman Jesse Chisholm, namesake of the Chisholm Trail. Before his death in Arkansas, John Chisum requested to be buried back in Paris and this small memorial park southwest of downtown is the site of the family cemetery. A nice grave memorial rests here with simple landscaping, a curved drive, and a Texas Historical Marker. An interesting stop for Texas History buffs. 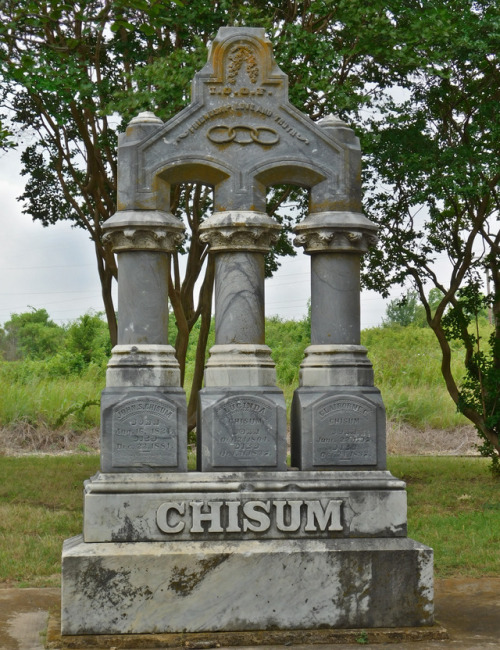 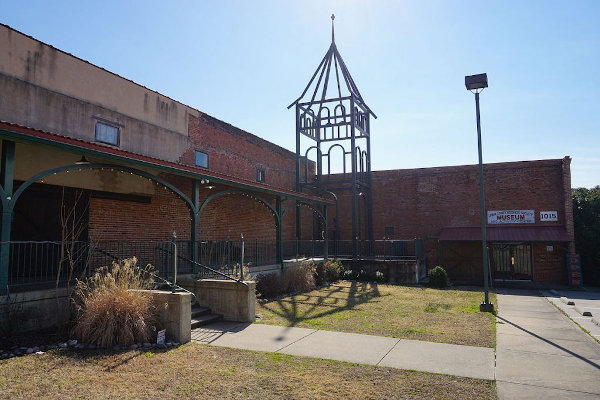 The Lamar County Historical Society preserves artifacts and historic sites within the county; its museum exhibits uniforms used during the Civil War, replicas of pioneer homes, a blacksmith shop and shoes. Museum admission is free, but the society appreciates donations.

The Sam Bell Maxey House is a historic house in Paris, Lamar County, Texas. Samuel Bell Maxey, a prominent local attorney and later two-term U.S. senator, built the large two-story house after serving as a major general in the Confederate Army. It is built in the High Victorian Italianate style.
From 1868 to 1966, the house was the home of Samuel B. Maxey and his family. It was added to the National Register of Historic Places listings in Lamar County, Texas on March 18, 1971. The house was designated a Recorded Texas Historic Landmark in 1962. Restoration was completed September 1, 1980, and it was opened to the public on a tour basis. On January 1, 2008, the house was transferred from the Texas Parks and Wildlife Department to the Texas Historical Commission and is now operated at the Sam Bell Maxey House State Historic Site. 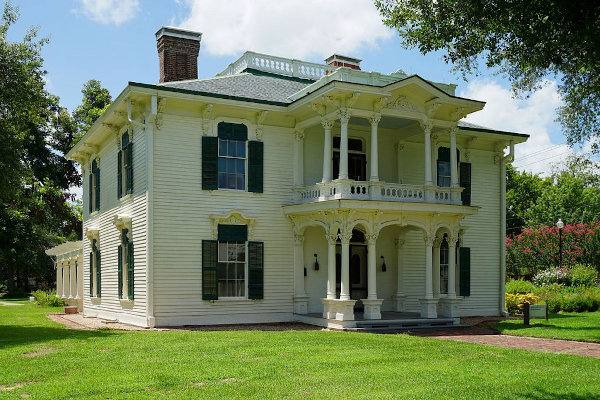 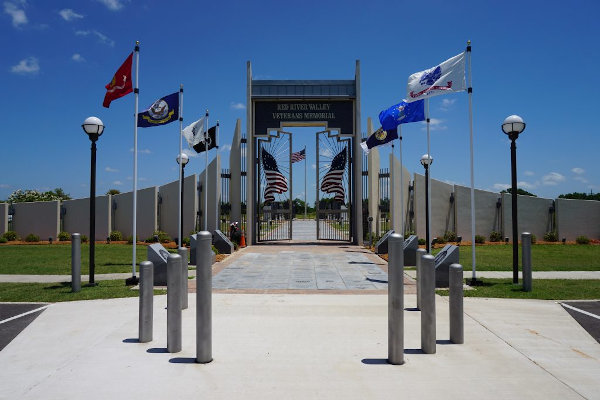 This memorial is being built to honor all Veterans who have served our country in the past and are currently serving in our military. This impressive memorial is located in Paris, Texas next to the Eiffel Tower at the Love Civic Center.  The Memorial’s centerpiece is the Ring of Honor, an elevated ring of granite walls containing the names of all men and women from the five-county Red River Valley area who made the ultimate sacrifice in a combat zone while in service to our country.  Surrounding the Ring of Honor will be double-sided granite Conflict Walls etched with information and graphic depictions of each war or conflict beginning with the Texas Revolution up to the present war with Global War on Terror, with room for depictions of future conflicts.

Leading up to and surrounding the Ring of Honor will be walkways with 1’ x 2’ granite pavers engraved with the names of the men and women who served and were fortunate to return home, or those who are currently serving our country.

The Red River Valley Veterans Memorial will be a place for reflection, remembrance and gratitude.  It is our hope that this will also be a place to educate present and future generations of the sacrifice made by a member of their own family and their community to secure the freedoms we all enjoy.  And may it be a reminder that “Freedom Is Not Free.”

The Trail de Paris runs for just over 3 miles from the town of Paris east into the countryside. The paved route follows a lovely corridor of shade trees, crossing bridges as it heads along a former railroad right-of-way. The trail includes benches, viewing platforms, mile markers, and interpretive signs. It offers access to a butterfly garden, junior college, neighborhoods, and parks.
On its eastern end, it connects to the Reno Rail-Trail, which extends the ride another five miles. Both trails are part of the growing Northeast Texas Trail, which will stretch 132 miles across seven counties from New Boston to Farmersville. Other trails in the system include the Chaparral Rail Trail and DeKalb Trace. 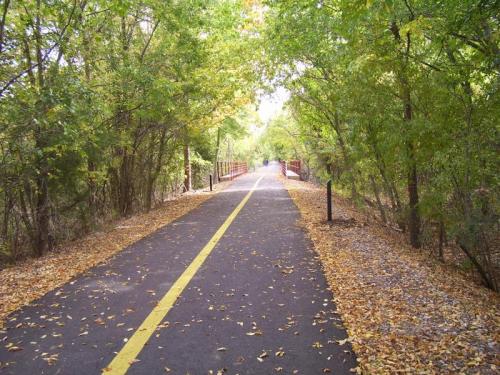 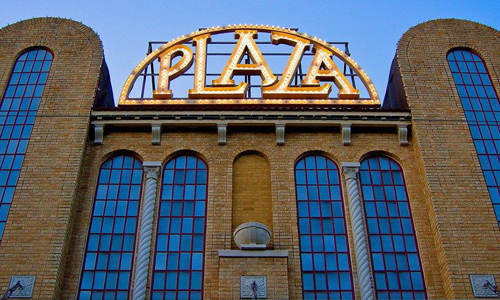 The Plaza Theatre – Officially opened on the evening of July 30, 1926, when the city of Paris celebrated the gala opening of the “newly built and completely modern Plaza Theatre.”